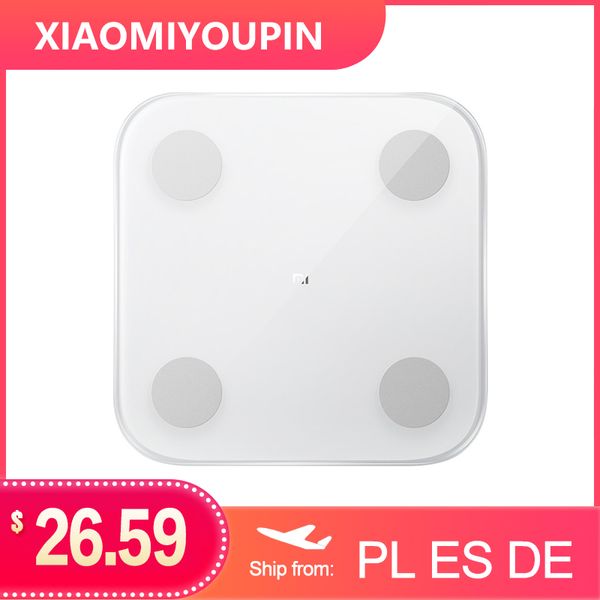 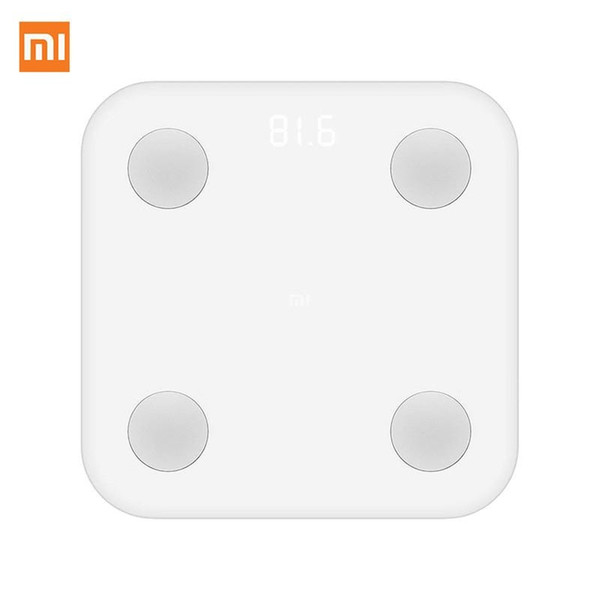 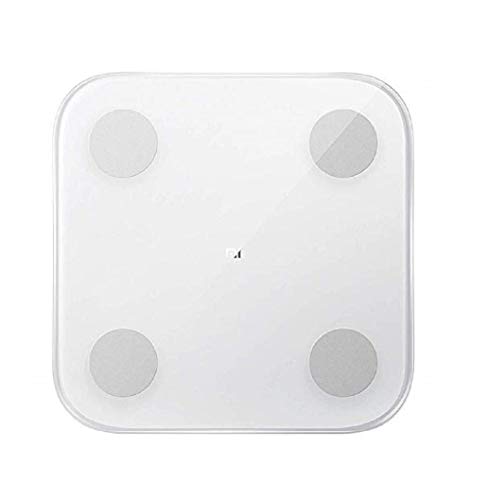 Xiaomi is not only focused on smartphones, suction or even television. It is also in the health sector and has been marketing its second scale called Xiaomi Mi Body Composition Scale 2 since 2019. Launched at $ 50, this new model is equipped with more sophisticated features than those of the first version, including a weighing range ranging from 100 grams to 150 kg, making it possible to weigh small objects.

The Xiaomi Mi Body Composition Scale 2 has a glass top – which is also found on the Tanita RD-953 or the Noerden Minimi – unlike the previous version which had a plastic top. With this new design, this scale benefits from a more premium effect than the previous model. We appreciate the color of this tray, less sensitive to fingerprints or toes than a black tray. Note that this scale is based on four small articulated feet to keep the device in perfect balance.

Its square format (30 x 30 cm) is very basic and we can easily place this scale in the bathroom or the toilet without taking up too much space; its height, which does not exceed 2.5 cm, allows it to be easily stored under a piece of furniture.

Like the first version, the Mi Body Composition Scale 2 does not have a visible screen. The numbers appear via leds when you get on the board. Note that it takes a few seconds of research before the scale displays the exact weight. The Scale 2’s margin of error is limited to 50 grams.

The Mi Body Composition Scale 2 is also designed to weigh small objects, since its weighing range extends from 100 grams to 150 kg. It is therefore possible to use it as an auxiliary scale for weighing small things. Note that, in this case, you will first have to climb on the scale to activate it and wait until 0.00 kg is displayed before placing an object of 100 grams or more; it is not necessarily very practical.

This impedance meter works with the Mi Fit application only in Bluetooth 5.0 and not in Wi-Fi. It is therefore imperative to connect to the smartphone to synchronize the data related to the last weighings. To digital, we prefer Wi-Fi to Bluetooth, which allows access to its data when desired, as offered by the iHealth Core HS6, for example.

Unlike the Tanita RD-901’s display which offers a wealth of information, the Xiaomi scale’s display only shows the user’s weight. As you climb onto the set, you appreciate the display in white numbers which gives us very good readability – provided that the balance is not placed under a luminous halo.

The Xiaomi Mi Body Composition Scale 2 shows in addition to the overall weight 13 body statistics such as height, weight, muscle mass, basal metabolism, bone mass, BMI, humidity, visceral fat rate, the rate of body fat or the body index. You have to go to the dedicated application, Mi Fit, to view your entire body composition.

Once the weighing is done, the scale starts calculating the body composition which ends when a led bar under the weight starts flashing.

This scale works with 4 AAAA batteries (under the scale) not included. If it can work without the application, it is of course preferable to use the dedicated Mi Fit app to have a daily report of the weighings. Note that if the scale displays an “L” when weighing, it is time to change the batteries.

The Mi Fit app does not seem to have evolved since the first version of the Mi Body Composition Scale.

On the main interface, we find the “status” of the user, including the weight of the last weighing. It is useful to specify that if the user has an iPhone, it is possible to associate the information previously recorded on “Health” with the Mi Fit application, in order to communicate the measurements to him.

For those who wish, it is also possible to collect information from a bracelet, a watch or a pair of connected sneakers from the Chinese manufacturer to analyze the quality of his sleep or his running results, for example.

The “training” tab shows the number of steps taken during the day, the activity for the day and the number of calories expended on a daily basis.

The Xiaomi Mi Body Composition Scale 2 is a bathroom scale that can be described as simple, effective and efficient. It only displays the user’s weight and the application does the rest: the scale offers 13 measurements (muscle mass, water mass, etc.) but also the progress made throughout the weighings. It should also be noted that this model makes it possible to weigh small objects, which can be useful for serving as a food scale. However, this new model is not really getting a new look and the improvements made are however not very innovative with regard to the functions of the first version. For an equivalent price, the Withings Body+ will be more interesting.

Choice of Bluetooth and not Wi-Fi.
Led display not always very readable depending on the light

Study: How digital is the German healthcare system?

Upright Go 2 review – a smart health device you must have it to correct your postural defects !

Mondly reviews -Learn the language you always wanted to learn !