After a first crowdfunding campaign launched in 2016, Vitesy has just started deliveries of its smart air purifier, the NATEDE. Presentation of the smart health connected and intelligent product.

We spend a lot more time locked up at health home than outside. However, indoor air is much more polluted than outdoors. Breathing healthy air is important, especially for people with allergies, breathing problems, asthma and other conditions. It is to overcome this problem that the start-up Vitesy has developed NATED, a very high-tech and design intelligent air purifier for the whole health home.

Vitesy’s smart air purifier first rose to prominence in 2018 by launching a first crowdfunding campaign on the Kickstarter platform. This product was very successful and more than 765,000 euros had been raised allowing the San Francisco start-up to move forward with its project. After an equally successful second campaign on Indiegogo where more than one million euros were raised, the American start-up has just announced that the first NATEDE expeditions have been carried out.

Why is this air purifier innovative?

Concretely, the NATEDE is an intelligent air purifier with innovative technology. It has different sensors as well as a photocatalytic filter that does not need to be replaced. The purifier is coupled with a green plant. According to Vitesy, intelligent air purifier removes 93% of volatile organic compounds and 99% of bacteria, viruses, fine particles and odors in the House. A dedicated application allows you to monitoring the level of indoor air pollution, but also to control the air flow inside the house. Unlike many others air purifiers, the NATEDE is completely silent and has an elegant and eco-friendly design hiding its true function.

The power of plants to purify the air

The basic technology of the NATEDE air purifier is phytoremediation. This technology uses the natural power of common plants to clean toxins from the air. The technology was studied by NASA in the 1980s. It is now used by Vitesy with nearly 3 years of research at PNAT and LINV, two of the most important plant neurobiology laboratories in the world.

What is the difference with potted plants?

The plants used in the NATEDE Air Purifier metabolize a significantly higher amount of pollutants compared to plants in pots or in vases as the air purification process occurs throughout the plant including its roots. . The start-up is also using new technology to supercharge this effect. Why you need teleconsultation? 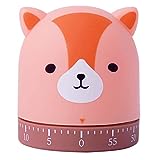 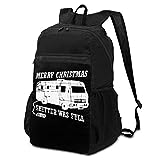