In 1973, medical manuscripts prior to Nei Jing were discovered in the tomb of a former Han dynasty prince at Ma Wang Dui in Hunan province. The manuscripts (silk bands dated 168 BC) reflect medical concepts that prevailed at least a century before that date.

The ideas presented in Ma Wang Dui's medical manuscripts are very similar to those in later texts, but there are some differences.

Alone eleven meridians are described in these manuscripts, the meridian of the Pericardium is absent.

In addition, the meridians all come independently of the Heart, instead of being an interconnected system for the circulation of Qi …

By comparing the symptomatology of the organs and their associated canal, it is not certain that a clear distinction was made in the classics between the symptoms of organs and those of the canals.

Since an organ and a canal of the same name are closely linked, it is natural that there is some overlap in their symptomatology.

Ma Wang Dui's medical manuscripts are of monumental importance in reconstructing the history of Chinese medicine because they clarify the terms used in later texts.

For example, in chapter 10 of Ling Shu the expressions "shi dong ze bing"And"shi zhu fei suo sheng bing»Appear repeatedly with reference to the symptomatology of the canals.

These sentences were misunderstood until the discovery of Ma Wang Dui's manuscripts:

"Shi zhu fei suo sheng bing" refers to conditions in which the disturbance (of Qi) in the canal progresses beyond a certain point (and involves the organs).

Whether the pathology of the canal is the result of an external disturbance or is of internal origin, the symptoms always appear in relation to the affected canal.

Among Ma Wang Dui's medical manuscripts, there are three sections that detail the path of the canals and their symptoms.

Le Gong: I want to know everything about the canals.

Huangdi: A doctor should know the channel theory in order to know the patient's state of health, make the prognosis of all kinds of diseases and know how to regulate excess or deficiency.

In classical acupuncture, the channels allow the diagnosis and treatment of all diseases. Regulating excess and deficient canals is the key to treatment in classical Chinese medicine.

In addition, Yang Ji Zhou, the author of Zhen Jiu Da Cheng (The Grand Compendium of Acupuncture and Moxibustion), gives us the following advice: “Better to forget the points than the canals”.

Once you have identified the channels involved in the imbalance, you can treat any illnesses.

If you know the channels, you have already reached more than half of your goal!

The affected channels are determined first based on symptoms and then the Shi or Xu state of the channel is determined by comparing the pulse of Cunkou and Renying.

The path, symptoms, pulse and principles of treatment recorded in Ling Shu are the foundations of channel theory.

In case of disorders, the disease occurs and there is hearing loss or a feeling of blockage in the ear, as well as swelling of the throat. These diseases can be treated on the ear canal. When the ear canal is severely affected, the three diseases of external canthus pain, pain in the cheeks, and hearing loss are observed.

If (this meridian) is affected we suffer from deafness, intense and monotonous buzzing, swollen throat and bi of the larynx. (This meridian) governs diseases from the breath, (such as): sweating, pain in the outer corner of the eye, pain in the cheeks, pain behind the ear, side of the shoulder, arm, elbow and forearm; The ring finger can no longer move. (…) In case of abundant (sheng) (carotid (renying) pulse) is twice as large as (radial) pulse; on the contrary, the carotid pulse is smaller than the radial pulse.

What is Qi? Qibo responds: Qi is the food from water and food that is sent to warm and soften the skin *, make the hair shine and nourish the body like fog falling from the sky feeds the earth.

* We can therefore use the points of this channel to treat skin diseases, such as dry skin, rashes, etc.

Reading traditional data and our clinical experience, we can therefore say that the san jiao channel:

1. Governs the whole body Qi. The San Jiao Canal is responsible for regulating and transporting Qi throughout the body. If Qi circulates in a disorderly way (stagnation, excess or deficiency) it can imply a dysfunction of the Shou Shao Yang San Jiao Jing. Although the stagnation of Qi can come from any other organ or channel (such as, for example, the heart, lung or liver), the San Jiao channel has a direct influence on the Qi of the whole body. In addition, developments in the stagnation of Qi, such as the stagnation of blood and body fluids, which form nodules, tumors, lumps or swellings, may also indicate a disorder of the San Jiao canal.

2. Distribute Qi to the head and face and regulate Qi on the sides of the body. Symptoms such as migraine, ear disorders, tinnitus, deafness, conjunctivitis, swelling and sore throat, hypochondrial pain, sciatica and pain along the canal path may involve a San Jiao canal disorder.

3. Regulates the circulation of bodily fluids. The San Jiao is the waterway. This channel has a general function of regulating the upper, middle and lower source of water. This includes the function of the lung, spleen and kidney. Water disorders of all kinds, such as edema, abnormal urination, dryness and abnormal discharge may involve a San Jiao canal disorder.

4. Treats Shao Yang syndrome. Symptoms and signs of this syndrome include alternating cold and fever, a bitter taste in the mouth, discomfort in the chest and hypochondriac region, and a lack of appetite. Clinically, this syndrome can be seen in a wide range of biomedical conditions such as AIDS, chronic fatigue syndrome, low-intensity nonspecific fever, fibromyalgia and other conditions with latent heat.

5. Regulates the lymphatic and endocrine systems. The Shao Yang circulates on the side of the body where there are many lymphatic glands. This includes the glands of the neck, axillary area, groin, chest and sternum. In addition, the function of the endocrine system, such as the thyroid, parathyroid, pancreas, and adrenal glands, is also regulated through the San Jiao channel. Disorders such as lymphadenitis, lymphoma, hyperthyroidism and hypothyroidism, adrenocortical insufficiency and diabetes may indicate a disorder of the San Jiao canal.

6. Regularizes the functioning of the upper, middle and lower jiaos. The San Jiao channel can be applied to disorders of the heart and lungs, stomach and spleen, liver, kidneys and intestines.

Symptoms of the terminal phase of the 6 channels

The Su Wen in Chapter 16 describes the same symptoms. These symptoms represent the epitome of the clinical observation of ancient practitioners.

We know that the channels transfer Qi and Xue to Zang Fu, muscles and skin.

When the canals are severely affected, this function is weakened and this is called the terminal phase of the canal.

Since all the channels are interconnected, they lose their function if the function of one is compromised, which means that the patient's death is near!

The tendon of the shaoyang hand

When this tendon is sick, (we suffer) from struggle (zhi), cramping in the areas where it passes and retraction of the tongue. The treatment consists of rapid punctures with the needle of fire as many times as necessary to obtain an effectiveness and the painful place is chosen as the acupuncture point. It's called the bi of the last month of summer (jixia bi).

Why should you ventilate your house?

The world's first App Store for the smarthome 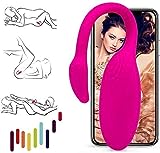