Second post dedicated to the future of health in 2030. Today, we are pleased to welcome Franck Le Ouay CEO of the company Lifen who shares with us his observations as well as his point of view.

Franck Le Ouay in a few words. Holder of a master's degree in mathematics from the Ecole des Mines de Paris, he held several positions in research and development at Microsoft in Redmond.
Co-founder of Criteo, Franck Le Ouay served as Chief Scientist Officer before co-founding Honestica in January 2015.

It's been 3 years that I discover with joy and passion the health sector. Often questioned about the digital transformation of the sector, I observe that this one fascinates by many aspects.

Our American friends are still very strong in marketing. Thus, was it possible to hear about the prowess ofIBM Watson since many years. More recently, Google has illustrated with the victory of an algorithm in the game of Go on the South Korean champion Lee Seedol. Geoff Hinton, an American AI specialist, announced in 2016 the end of radiologists within 5 years.

All these elements fuel the fears and fantasies about the impact of Artificial Intelligence and especially in the health sector. In the end, there are very few visible impacts.

– Hundreds of millions of medical letters are still sent by fax or mail each year,

– Software is not yet well compatible or communicating.

This sector seems fixed, irreformable. Over the last 10 years, has digital really improved the practice or quality of care?

Difficult to decide at first sight between these two antagonistic views!

Innovation transforms the world by successive iterations (as fast as they are). These iterations can only be done if they produce a gain to those who wear them.

In other words, radiologists will not disappear with a magic wand. On the contrary. The best radiologists will embrace AI technologies (thanks to actors like medical incepto), to appropriate them to become better, more effective and without doubt allow new uses of which we still do not know the contours. They will certainly spend less time analyzing images, as we all spend less time doing calculations since the computer or calculator exists.

To innovate, to change the world is a difficult art. It takes a lot of talent and money to do it. The world has been stormed by start-ups since the 1990s, especially in California. France also has a rich and growing ecosystem. These start-ups have naturally invested in the first place the easiest areas of access: communication, e-commerce, advertising. Over the last five years, we have seen them tackle all sectors without discrimination: finance, agriculture, education and also health. They breathe incredible change power. The most resounding example in France is none other than Doctolib who has profoundly changed access to care in just a few years and with massive financial support. This example is a harbinger of many more to come and I am confident that these innovators will give a new lease on the industry.

I think we are on the eve of major changes in the health sector. The advent of artificial intelligence, the entry of start-ups, the systemic problems of the sector (medical demography, medical deserts, need to control health care costs), the collaborative evolution of medical practice, all this contributes the emergence of new digital uses, new services and new actors. In this context, companies currently dominant in the market have no choice but to support innovation with an open approach, otherwise they risk obsolescence.

Telemedicine will be totally in use, so much so that new practitioners will wonder how it was "before". For all follow-up procedures that do not require the presence of the patient but also as a complement to access to primary care. So the mother who has a feverish child in the morning, will mechanically call a doctor on his favorite telemedicine app.

The development of telemedicine will naturally accompany that of connected sensors. If many of them will initially be used in teleconsultation, there is only one step to imagine remote remote monitoring thanks to any type of sensors that will equip the patient over a long period. With the right IT tools to process all these signals (eg Implicity), practitioners will be able to enter the era of data-driven medicine.

Finally, the patient record of the practitioner will, I think, considerably evolve. Today, each practitioner has his own patient record, resulting in an incredible administrative burden for all, multiple entries, errors, missing information. By 2030, we can hope that practitioners will have a patient record in the cloud, shared and intelligent. The file will automatically incorporate the reports and update the patient's record on the fly. This type of tool will make interactions between practitioners much more fluid and efficient.

The story remains to be written, but all this promises to be exciting to live!

How will the world of health be in 2030? - e-health innovation

Why you need teleconsultation? 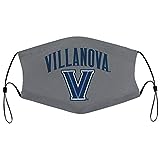 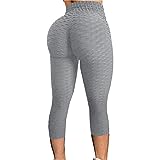