An American pediatrician, Dr. Harvey Karp, founded with his wife Happiest Baby, a company developing products and services that improve the well-being of children while meeting daily parenting challenges.

From this vocation was born SNOO Smart Sleeper, a connected and cozy cradle for infants that stimulates their sleep by combining a gentle rocking with the diffusion of soothing white noises.

A study from the English University of Warwick shows that parents lose an average of one month of sleep during the first 12 months of their baby’s life (a loss mostly concentrated in the first trimester).

As good sleep is essential whatever the age, the solution proposed by Happiest Baby seems to be saving for parents and caring for baby.

Many new parents struggle with their best because on the one hand, they have little newborn experience, and on the other hand, they have very little family support at this time. It’s no wonder, then, that almost half of these new mothers and fathers get less than 6 hours of sleep per night.

The SNOO Smart Sleeper cradle uses specific rhythms (sensations similar to life in utero) to help baby and parents sleep from the first days. The combination of oscillations and white noises triggers a calming reflex that helps the child relax.

She will thus automatically rock the child according to the reactions (agitations and crying) by increasing the movements and the diffusion of sounds. It would prolong sleep from one to two hours a night, says Happiest Baby.

The designer of the Snoo Smart Sleeper, the American pediatrician Harvey Karp is convinced he has found the magic formula. This is based on several mechanisms:

According to its designer, this three-in-one formula reminds babies of the intrauterine environment and thus helps to reassure them. To get a better idea, we went to see the device in demo and then interview several early childhood professionals. These are several points to remember.

Clean lines, modern design, quality materials … no doubt, the Snoo Smart Sleeper is elegant. Its instructions are simple: just put the baby in a sleeping bag specially designed to keep him swaddled and which is attached to each side of the mattress. This way, the baby is not at risk of rolling over on his stomach when swaddled (which could be dangerous) or moving when the device cradles him.

The Snoo Smart Sleeper is also equipped with sensors located under the mattress and responsible for detecting the crying and movements of the baby. If the child is crying and fidgeting a lot, the cradle may automatically play soothing sounds called white noises and movements to help them fall asleep. We were curious to see all of this in demo after reading some comments from parents alarmed by the vigor of the cradles. The latter finally seemed very gentle to us even when the device reached the highest level. The three sleeping bags (one in size S, one in M ​​and one in L) and the fitted sheet provided exude quality and are easy to wash. The net around the cradle is also supposed to come off, but the demonstrator failed to do so. Users are therefore strongly advised to try to keep it from vomit stains as much as possible …

Can this device be beneficial to the baby? Yes, according to several experts we interviewed. “During the first months of life, neurological structures are put in place in the baby. He’s also growing a lot, it’s a huge metabolic job. During this period, therefore, the baby should not be too disturbed or overly stimulated. Swaddling can have positive effects at this level, ”explains Oreste Battisti, professor of pediatrics at the University of Liège. A point of view shared by most of the early childhood professionals we interviewed.

So is the Snoo Smart Sleeper all good? Not sure. “Swaddling may be good for some very restless babies, but it will not be suitable for all children. And in any case, we no longer swaddle a baby after two and a half months. The child is then much too big, it does not make sense to continue, ”explains Anna Roy, midwife at Bluets and columnist at La Maison des maternelles.

This is one of the features of the Snoo Smart Sleeper that raises the most questions. White noise, those diffuse sounds that are supposed to mask extraneous noise and help sleep, are they really effective? And above all, are they safe for babies? Unfortunately, scientists do not have the answers to these questions at the moment. “The impact of white noise on sleep in its entirety (ie not just falling asleep) and in the long term has not yet been scientifically evaluated”, explains Stéphanie Mazza, researcher in the Health Services and Performance Research (Hesper) from the University of Lyon 1. And while most of the professionals we interviewed did not seem to fear that these sounds could cause serious harm to babies, the majority were very skeptical of the benefits. of such a device.

Many internet users and experts have worried about the dehumanizing side of such a product. This aspect doesn’t worry me that much, however, as long as the cradle is used reasonably. The idea is not that parents systematically use the services of the Snoo but rather that they have a relay on days when they are particularly exhausted. And that’s a pretty good idea. The first few months are indeed known to be trying for parents. Helping them to recover a little further reduced the risk of falling asleep with the baby in their arms when, for example, they have to console and reassure the child in the middle of the night. However, my impression of the product is very mixed.

The combination of techniques used is probably effective on quite a few children. But I think it would be good to conduct a study on the impact of white noise on infants to make sure they don’t have any negative side effects. I’m also not sure the product will fit absolutely every baby, and I have a hard time believing that it will be relevant until I am six months old. One last question finally remains unanswered: if we get the baby used to falling asleep in very specific conditions (swaddled, with sounds, etc.), does he not risk having trouble falling asleep when? they will no longer be reunited? In his bestseller, “The Happiest Baby on the Block,” Dr. Harvey Karp brushes aside these concerns that it is quite normal to enjoy some environments more than others in order to get to sleep. After all, he argues, aren’t we adults “addicts” to “beds and pillows”? Psychiatrist specializing in sleep disorders, Sylvie Royant-Parola, however, is not convinced. “One of the great things about sleep is that you don’t need anything in particular. Why deliberately add very specific conditions that risk setting up a habit? The argument that it mimics the natural environment is misleading. Yes, the uterus was the child’s ‘nest’. But once he’s born, no, it’s not his natural environment anymore. ” Questioned by telephone, the director of the Fondation Sommeil Sylvain Thomas gives us a similar analysis: “At three months, we must aim for autonomy”. The step is certainly delicate and tiring for parents, but it should not and cannot be skipped. If the child does not gradually learn to fall asleep on his own at this age, he will necessarily have to do so later. In which case the cradle will ultimately only have served to postpone the ordeal for a few months.

School discount supply is it worth to buy?

REVIEW LEGO Technic 42083 Bugatti Chiron: the Made in France supercar 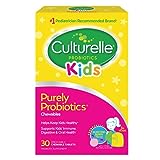 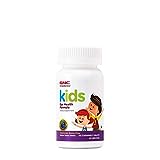