The use of the ClusBerry Raspberry Pi kit to power IoT applications such as smart homes is going to see a huge boom thanks to a new set of hardware tools.

The ClusBerry 9500-CM4 is an upcoming cluster board that can stack up to eight Raspberry Pi Compute Modules 4 (CM4). 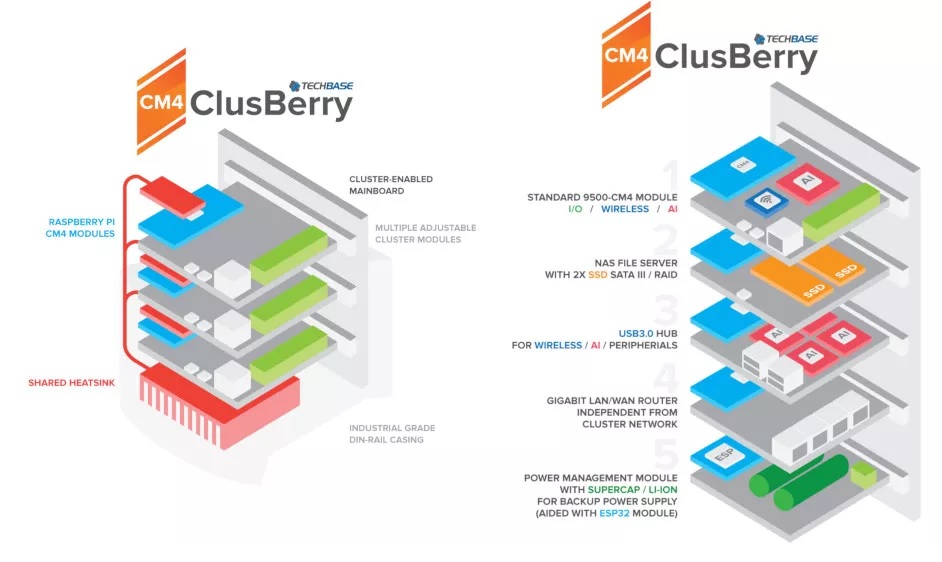 While there are several options for connecting multiple Raspberry Pi in a server rack, the ClusBerry 9500-CM4, as the name suggests, is designed to accommodate CM4 modules. The company says this makes its new product an ideal option for all kinds of IoT applications.

According to the company, the new cluster will fit up to eight CM4 modules in an industrial-grade DIN rail mount.

In addition to the CM4 modules, the enclosure is designed to be customizable. It can also contain a number of wired and wireless interfaces; as well as various I / O controllers, as well as Coral Edge Tensor Processing Units (TPUs), in various configurations. It will also be equipped with a wide range of expansion cards.

TECHBASE believes that “fully configurable devices are desirable in the IoT market, where high performance and low cost are a key factor in successful implementation”. Praising the CM4, the company says their ClusBerry 9500-CM4 bracket will allow the device to be used to “build and maintain efficient hardware matrix solutions.”

Finally, the company is still working on the first prototypes of the frame. Also, there are no details on its price. However, the company promises to ship the various mount configurations within two months; subject to availability of CM4 modules and selected expansion cards.

WHICH CBD OIL IS BEST?COMPARE AND BUY YOUR CBD OILS WITH ALL-IN-ONE Guide 2021