Moto 360 returns from the dead … but without Motorola

Five years after the release of the original model, the Moto 360, the first smart health connected watch with a round display, will return at the end of the year. However, it is not designed by Motorola. 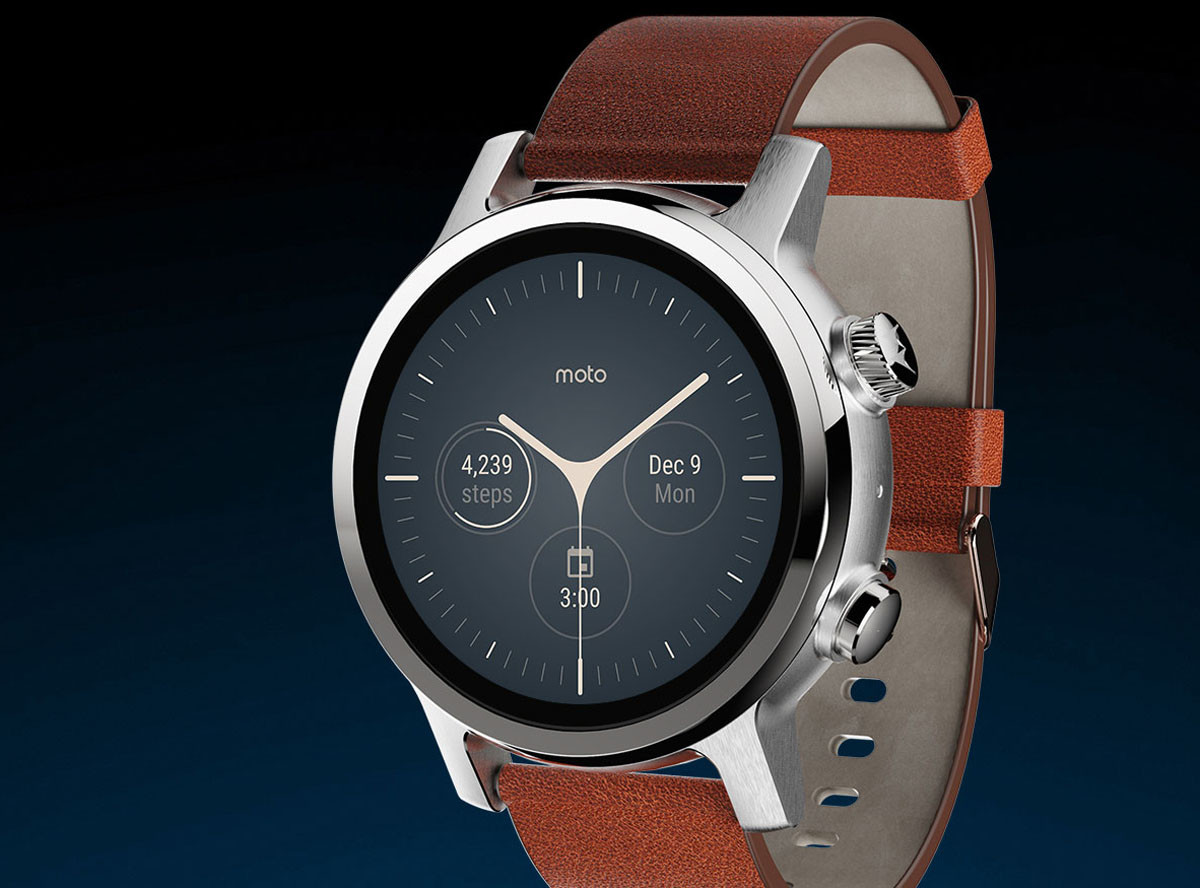 Do you remember the Moto 360? Launched in 2014, it was Motorola’s first smart health connected watch. Above all, it was the first smartwatch of the market to integrate a screen not square, but circular, like a real watch. Opposite, Samsung and LG had indeed remained confined to square displays for the Samsung Galaxy Gear and LG G Watch.

Well, five years later, with an orientation that no one had seen coming, the Moto 360 will come out in a revised and corrected version. The ad was spotted by the American site Engadget who discovered Moto360.com.

The new Moto 360 is thus announced as arriving "soon". It will be offered in three colors: steel gray, rose gold and ghost black, with a stainless steel case. Concerning the technical characteristics, the watch wants to be equipped with a battery allowing to last up to three days thanks to the "battery saver" mode. It also incorporates a 1.2-inch OLED screen for 390 × 390 pixels with a density of 327 pixels per inch.

We will also find Qualcomm's Snapdragon 3100 chip backed by 1 GB of RAM and 8 GB of storage, as well as a 355 mAh battery and geolocation by GPS, Galileo, Beidou and Glonass.

Moto 360 not designed by Motorola

However, despite all these beautiful features, it is another piece of the watch that surprises. Indeed, as Engadget points out, the new Moto 360 is not designed by Motorola, but by eBuyNow. The company bought the Moto 360 brand from the American company to exploit the license on new smart health connected watches. A strategy that is well known in the field of smartphones and televisions in general, especially with TCL which operates the Alcatel or BlackBerry brands.