Sponsored:Save up to 50% off on Hotels with Trip.com VS The start-up Alan has announced a new fundraising of 185 million euros which gives it the status of twelfth French unicorn alongside Blablacar, Dataiku or Doctolib. Indeed, this transaction values ​​the company at 1.4 billion euros.

The round table brought together Coatue Management, Dragoneer and Exor as well as Index Ventures, Ribbit Capital and the Singapore fund Temasek, already present in the capital.

Currently, the unicorn services are used by 155,000 members, including 9,400 companies, in France, Spain and Belgium. She claims 102 million euros in annual income.

An approved complementary
Alan offers a complementary health offer that received approval from the Prudential Control and Resolution Authority (ACPR) in 2016, a few months after its launch. In 2017, he added a provident fund to his portfolio. It targets in particular the self-employed, SMEs and mid-size companies.

The company emphasizes the satisfaction of its members, which continues to improve between the start of use of the product and the following 12 months. The services offer, for example, a real-time work stoppage, a teleconsultation service, a self-diagnostic tool, a psychological support line or a deferred payment option for companies.

Data is end-to-end encrypted
Data protection is a theme central to the concerns of the start-up. Last November, it announced the integration of end-to-end encryption – a communication protocol allowing only people who communicate to read the messages exchanged – in its medical teleconsultation service.

Beyond the technical aspect, the adoption of end-to-end encryption is a major commercial argument to stand out, especially in the health sector with the requirement of medical confidentiality. By the way, encrypting email data is only the first step in this process. “This is still only a project, but we could think of also encrypting health documents, such as prescriptions, that our members store on Alan“, confided at that time Charles Gorintin, co-founder and CTO of Alan.

[Comparatif 2021] Best video baby monitoring: which one to choose? ?

the French Qare bought by the British HealthHero

The CNIL validates the health pass 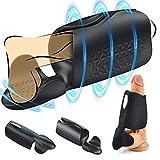 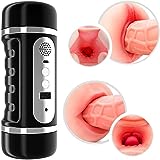