# IFA2015: Philips takes an interest in your health with smart health connected objects

Although Philips is well known in the world of audio video, one of its branches has specialized in the health sector, especially for professionals, for nearly a century. One of the revelations made at his press conference at the IFA is the launch of a whole range of smart health connected objects for health, whether for individuals or professionals.

Pieter Nota, CEO of the health branch of Philips, recalled during this conference that Philips was present in the various fields of health, designing many medical tools for professionals, who monitoring more than 275,000 patients each year. 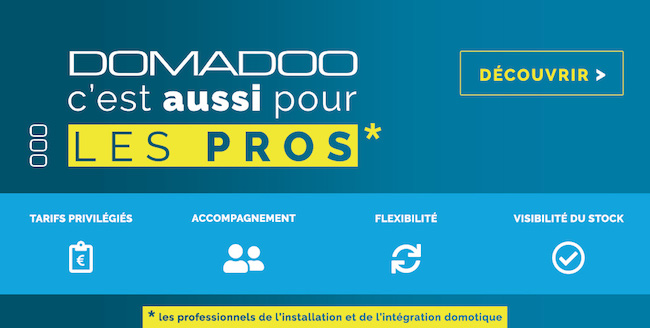 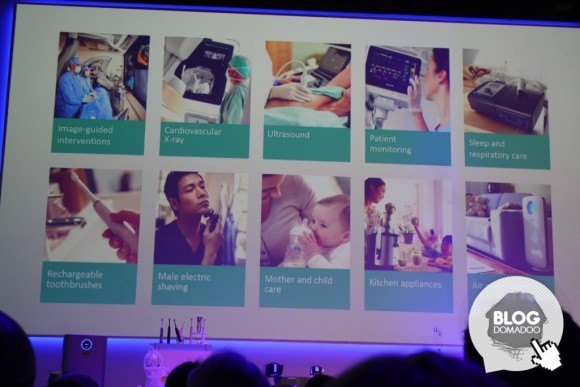 But one thing is in great demand today: making these devices smart health connected, to facilitate their use and especially the processing of their information.

We discovered last year the PulseRelief, a system of two wireless patches communicating in bluetooth with the telephone, as well as the Bluetouch, a patch to be placed in the lower back. 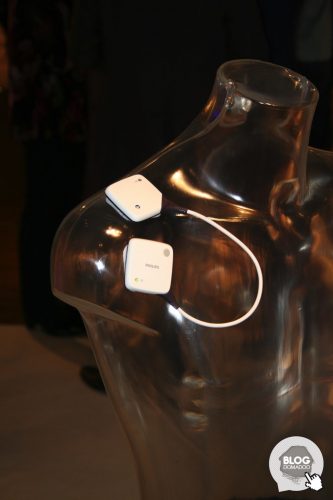 The goal is essentially to calm certain pains. Thus, on the application, we indicate the painful location, the degree of pain, and the application launches a suitable treatment using electrical impulses via the electrodes: 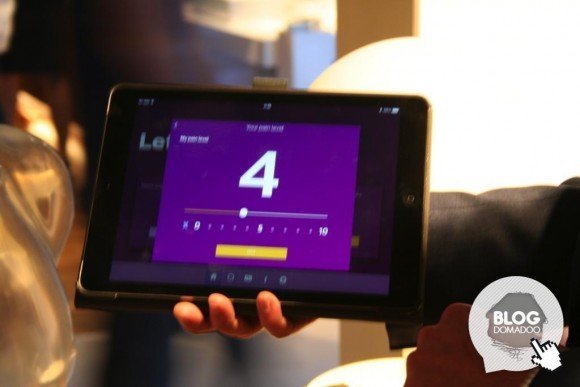 The release was postponed a bit, since last year we were told about a release before Christmas (2014, therefore). The product is now available, but on the German market, as for example on Amazon where it is found for a little less than 130 €. Pulse Relief should then be released in England, then in France in the course of 2016, because everything relating to health is highly regulated and its release in France is a little delayed. 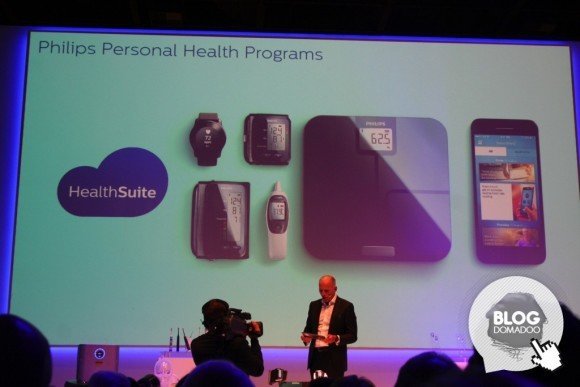 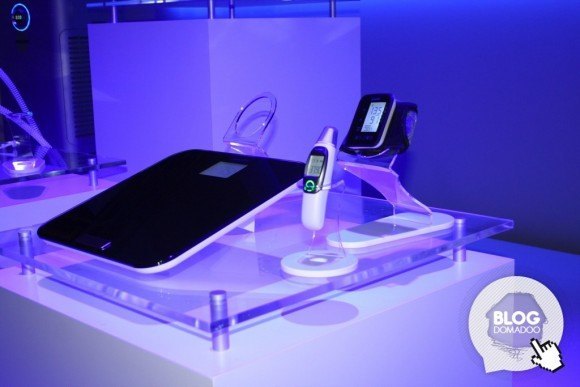 To manage them, a single application, dedicated to your health: Philips HealthSuite Health. All the information relating to your health will be entered there, and the system can even give you advice, if for example you sleep badly, if you gain too much weight, etc … A system which strongly recalls the existing eco system at Withings. 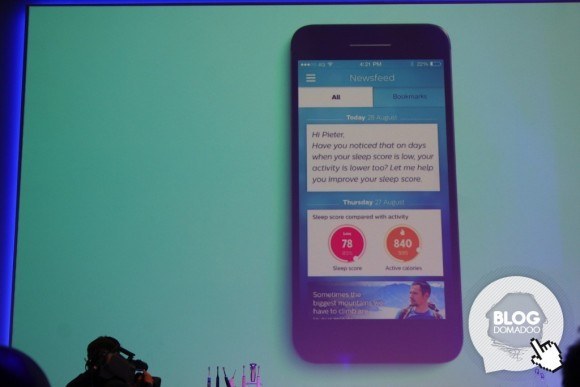 We also have a smart health connected air purifier, specially adapted for people who have allergies, because this purifier will be able to warn you according to pollen and other alerts thanks to its connection. Of course, it will adapt its operating mode automatically in order to always breathe healthy air. 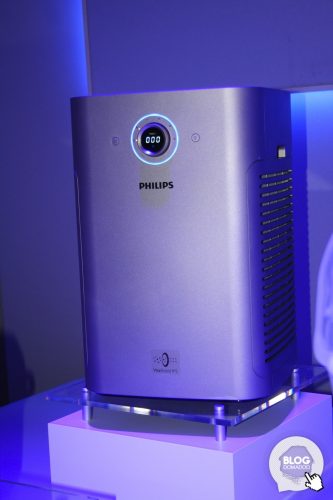 In parallel, Philips has developed a range dedicated to young children, such as this air purifier which will fit perfectly into a child’s room: 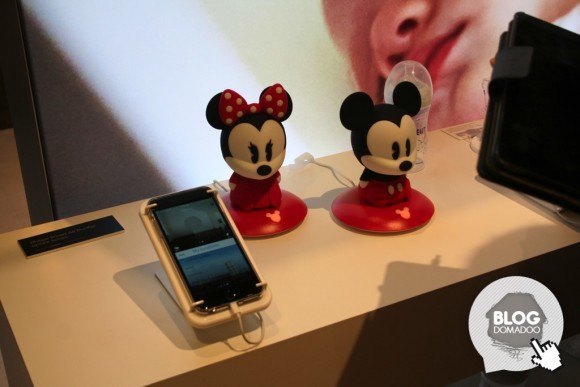 There is also the smart health connected thermometer, and a camera, which will act as a baby monitoring, but also as a night light, while recording the temperature, humidity, and movements / cries of the baby.

The bottle is not smart health connected 😉 In fact all this revolves around the uGrow application, intended to follow the growth of the baby, and reassure young parents, who often ask themselves many questions about the good health of their child. newborn (who hasn’t run to the emergency room for nothing at all?) 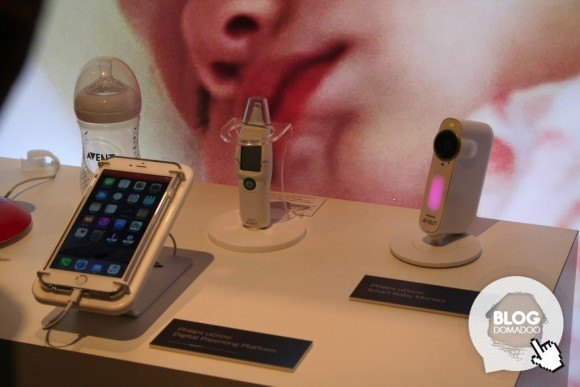 Some data will be retrieved automatically, such as his temperature, his movements (if he has restless nights, the camera will detect it), the air quality of his room; other data will have to be entered manually, such as the frequency of the bottles and their dosage. This will result in a “timeline” showing everything that happened on the baby’s day, and the application, once again, will be able to give advice based on the data collected. All this for the good health of the baby and the follow-up of its evolution. 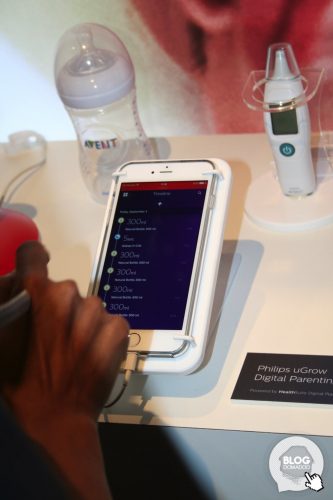 Speaking of babies, another product presented was intended for professionals, to perform ultrasound scans (which can also be performed for men, moreover, for certain examinations ;-). 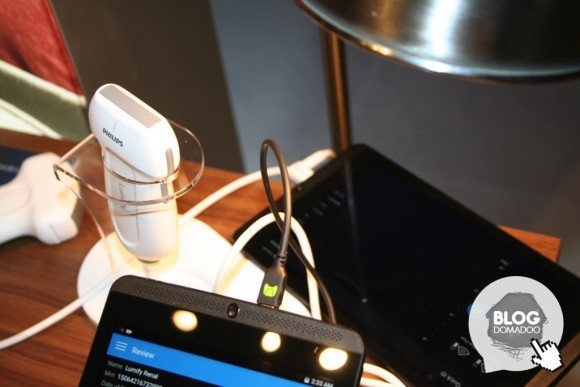 The Lumify sends what it captures directly via its ultrasound to the tablet screen:

We are very far from the heavy equipment usually used, and this is of great interest to professionals, who will have a much more elaborate application to follow their patients, moreover: 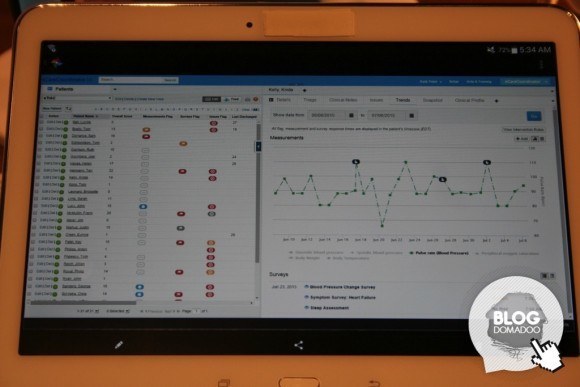 The Dream Family is a breathing apparatus for sleeping. Some people actually have apnea while they sleep, and some die of suffocation from it without noticing it. The Dream Family has therefore been designed to be worn comfortably, while monitoring the person’s breathing and helping them breathe if necessary. Also smart health connected to the same smartphone application, it allows you to monitoring your sleep and especially any respiratory problems. 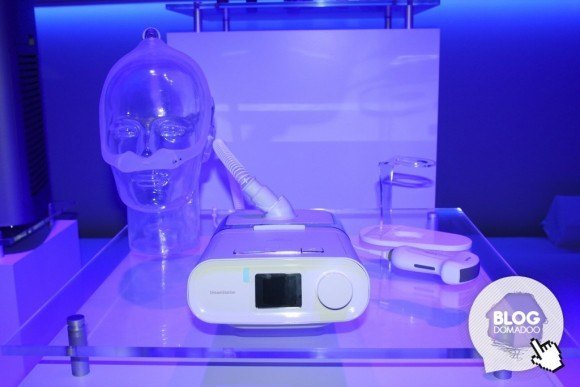 Finally follow a few devices no longer quite for health, but for hygiene. We are therefore back to devices dedicated to individuals, including the smart health connected toothbrush for children, a bit like what we had already seen with Vigilant: the goal is to teach the child to brush his teeth correctly. 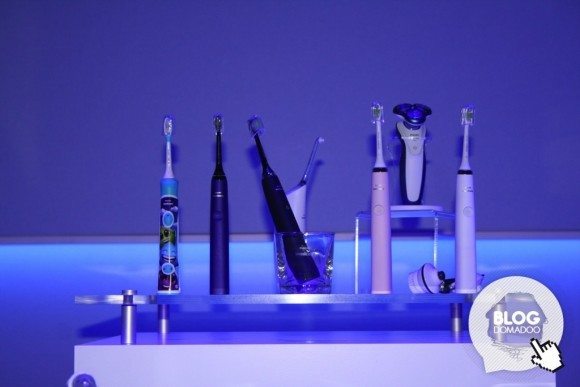 What could be more fun than a tablet game, the progress of which depends directly on good tooth brushing? 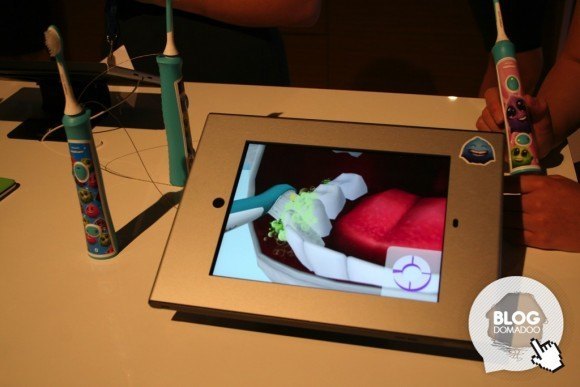 The icing on the cake, this toothbrush comes with a whole bunch of stickers so that the child can personalize it according to his tastes. 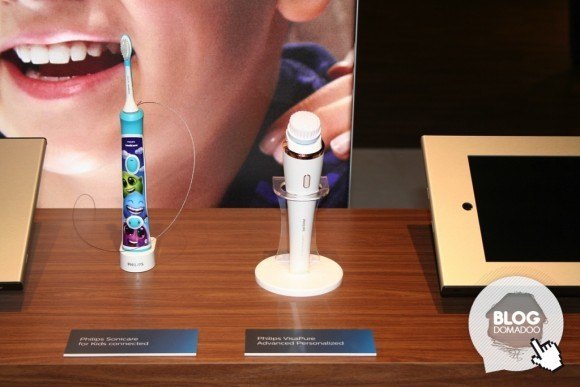 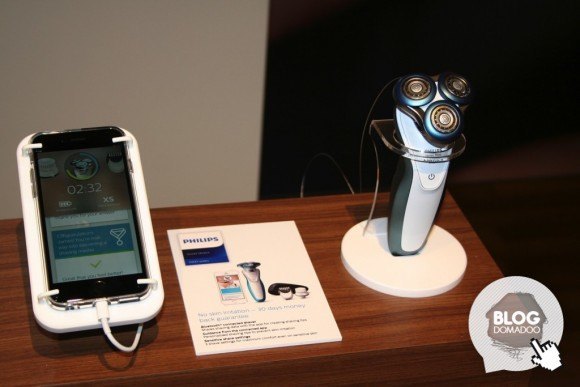 A little surprising, because at the time one can wonder what brings the fact of connecting it: Philips is based on the premise that no man has the same skin, and that every razor should be customized to suit every man’s skin. Thus, the application makes it possible to precisely adjust the operating mode of the electric shaver after having answered a small questionnaire. The razor then continues to adapt to the irritation of the skin, so that you end up with a perfect and smooth shave.

As one can see, Philips is therefore very active in the field of smart health connected health, and its ecosystem is likely to interest a large public.

But that’s not all, since other smart health connected objects have been announced in other areas. We will talk about it in a future article 😉

Spend yourself without breaking the bank with Withings Go