Fitbit rolls out atrial fibrillation detection that could save you

Fitbit’s atrial fibrillation detection feature could save your life by alternating irregular heartbeats. It is finally arriving on the brand’s watches and bracelets in certain markets.

Fitbit has finally brought its atrial fibrillation detection feature online after receiving approval from US authorities. In fact, the novelty remains for the moment only available to Americans. To take advantage of it on a smart health connected watch, it will be necessary for the moment to find itself towards the competition, like the Apple Watch (a model which goes to everyone).

This function is expected to bring much good to its users and even their save the life. Cardiac fibrillation is indeed a disease characterized by an irregular heartbeat. The person who suffers from it, has a high risk of suffering from severe heart diseases.

Atrial fibrillation affects millions of people worldwide. However, it is difficult to detect in its early stages due to the absence or even mildness of its symptoms. This condition usually only manifests at an advanced stage. The symptoms appearing at that time are already serious and constitute a threat to life people who suffer from it.

Fortunately, Fitbit has developed the atrial fibrillation detection function. It detects irregularities in the heartbeat. This function immediately alerts the user upon detection. The alert is saved in the Today tabs and Discover. Users should check these tabs daily. This will keep them informed about their heart health monitoring.

Real operation of this Fitbit novelty 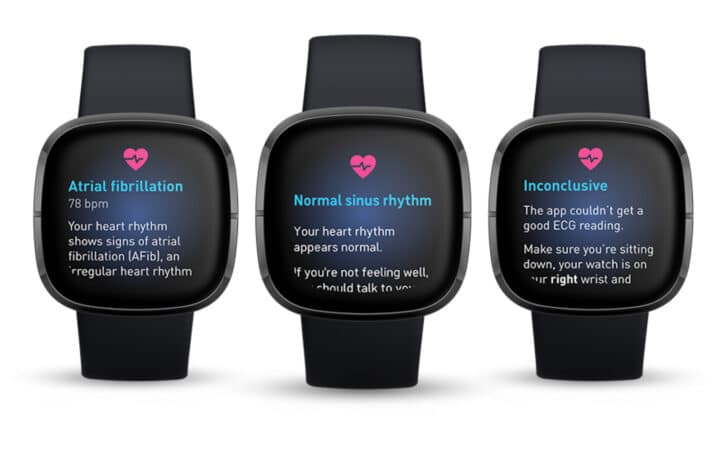 In reality, as Fitbit clarified, this atrial fibrillation detection feature does not diagnose the condition itself. It collects heart rate data and informs the patient when an abnormality is detected. The function thus recommends the user to approach her doctor for further examination.

The software behind the atrial fibrillation detection feature ensures the simplicity of execution. Operation does not require the new ECG monitors fitted to current wearable technology. That’s why the Charge 3 and Inspire 3 can support it. However, make sure Fitbit has downloaded the latest firmware update to be able to use this AFib detector.

Here is the list of Fitbit devices supporting this function: Charge Fitbit 3, 4 and 5, Fitbit Inspire 2, Fitbit Luxe and Sense, Fitbit Versa 2, 3 and Lite.

Fitbit has started rolling out its atrial fibrillation detection feature in the United States. The company has indicated that it wants to expand this feature to other regions. But it will take timein particular because of the expectation of the approval of the competent health authorities of the various countries.

Even losing against the Pixel 6, the Samsung Galaxy S20 FE 5G does not deserve

The folding Google Pixel not before 2023