Fitbit Aria 2 is not just a weight control scale. In addition, it is used by fitness enthusiasts to control personal health by measuring the body mass index or body fat percentage.Read our Fitbit Aria 2 review.

The intelligent scale is particularly recommended for people who already have a Fitbit fitness tracker or smartwatch and want to complete their movement successes with the range of functions provided by the WLAN scale. It is a pity that the measurement of body fat percentage is not accurate.

The Fitbit Aria 2 fitness scale has a simple design and is hardly distinguishable from a conventional scale. Aria 2 is about 31 cm long and wide and therefore offers enough space in its square shape.

The display has a round shape and is encased in a gray ring. The information is displayed digitally. Fitbit Aria 2 is available in black or white. On the lower side there is the compartment for the 3 AA batteries and four small feet included.

In addition to body weight, the smart Aria 2 scale also measures BMI, body fat percentage and lean mass. To measure the body fat percentage, users have to stand barefoot on the scales, since this value is determined using impulses. Therefore, children under the age of 13, pregnant women or people with pacemakers should not use the WLAN scale. This value is also not too precise and should be regarded as an estimate, because the impulse only comes from the lower body and thus through the legs, and a more precise measurement should also be done via the hands.

Overall, the measurement of the four different data allows a controlled view of fitness goals, weight loss and one’s own health. This is shown by tabular and graphic overviews in the Fitbit app (Android | iOS) emphasizes. Communication between smartphone and scale works via WLAN and Bluetooth.

Setting up the Fitbit Aria 2 WLAN scale – quick and easy

Setting up the Fitbit Aria 2 bathroom scale is easy and done in just 6 steps:

What is compatible with the Aria 2 bathroom scale?

Users can connect the Aria 2 bathroom scale to a smartwatch or fitness tracker from Fitbit. Then sporting results can be coordinated with the current weight and other units.

In tests and ratings, the Fitbit Aria 2 scale is particularly recommended for athletes who want to log and control their values ​​precisely and easily.

Prices and availability of the Fitbit Aria 2 intelligent scale If you are looking for a cheaper alternative to the Fitbit Aria 2 scale, we recommend Aria Air from the same manufacturer. The determination of the data works exclusively via Bluetooth. Users who can do without measuring body fat and lean mass receive an otherwise identical option for fitness control with the intelligent Aria Air scale. It's Now Clear: Fitbit Is in Serious Trouble Without Google - The Motley Fool

Fitbit, Inc. [FIT] – Why is it on the rise. A Focus on Fundamental Analysis? - The Dwinnex Buy from AMAZON
Optimize your Health Span through the power of nutrition with the ProLon 5-day fast without giving up food!

The top 10 most intelligent dog breeds *MyMedic Hospital in a bag* 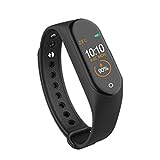 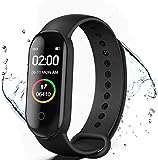