What is oatmeal?Superfood or just fattening food?

Whether smoothies, paleo diet or low carb … What hype has not been around diet trends that have long been celebrated as super healthy or great for losing weight. Often, however, they later turned out to be either absolute calorie bombs or extremely unhealthy. But does that also apply to the porridge? After all, oatmeal is currently being celebrated everywhere as the perfect breakfast? Hence the question: are oatmeal healthy? Or is it just the next trend that later turns out to be fattening?

Oatmeal: Long frowned upon as food for the poor and the sick

Although oats only recently started a new nutritional trend with the “rediscovered” porridge, they have been one of the most important staple foods in Central Europe for over 50,000 years. However, in the form of gruel it has long been considered unsexy. As food that you either ate when you were sick or couldn’t afford better.

The actually very popular oat flakes have also been replaced more and more on the modern breakfast table by the many different types of corn flakes. But now they are back and are celebrated as true all-rounders. Because they are not only versatile and super healthy, but should also help you lose weight and even build muscle. But what about all the carbohydrates? Don’t they make you hungry? Isn’t that too many calories?

Here comes the all-clear: Oatmeal is really that healthy and is rightly considered a superfood. And while they’re very high-energy at 350 kilocalories per 100 grams, they can actually help you lose weight. Those who also pay attention to healthy, low-calorie ingredients can enjoy their porridge or muesli without hesitation and look forward to the health-promoting effects.

Does oatmeal have gluten?

Can the gluten protein in oats, trigger inflammatory reactions in the digestive system? The answer is not simple. It seems to vary between varieties of oats (just as the aggressiveness of gluten varies a lot with variety of wheat). Some varieties of oats appear to have no immune response, others do. This disparity is reflected by the case studies giving often contradictory results.

Organic circles defend a thesis according to which pure oats, uncontaminated by other cereals, present little risk for those intolerant to gluten, and a fortiori, for “hypersensitive to gluten”, who represent the majority of consumers without gluten.

However, oats are often contaminated with gluten because they may be processed in the same facilities as gluten-containing grains like wheat, rye, and barley.

Studies show that most people with celiac disease or wheat allergy can eat 2–3.5 ounces (50–100 grams) of pure oats per day without adverse effects

The USDA offers the following nutrition details for 1/2 cup of dry (39 g) rolled oats without added sugar or salt.1 This serving is equal to 1 cup of (cooked in water) cooked oatmeal.

Because oatmeal is particularly rich in vitamins, minerals, antioxidants, proteins, fiber and complex carbohydrates. They contain much of what the body needs to function optimally. The answer to the question: “Is oatmeal healthy?” Because:

The water-soluble fiber beta-glucans is responsible for this. This generally delays the absorption of carbohydrates in the intestine and ensures that the energy in the carbohydrates is released in smaller quantities over a longer period of time. According to this, the blood sugar level rises much more slowly and weaker than e.g. with short-chain carbohydrates such as wheat flour or table sugar. Which is why less insulin has to be released to trap the sugar in the blood. In addition, the insulin sensitivity is also improved, which is also due to the beta-glucan

In addition, beta-glucan binds bile acids in addition to water, which are later excreted through the intestine. Bile acids are used, among other things, for fat digestion. In order to produce these bile acids, the body needs cholesterol. This lowers the cholesterol level in the blood. In addition, the beta-glucan prevents or at least slows down the absorption of cholesterol and fat.

A stable cholesterol level has long-term positive effects on heart health, as it reduces the risk of arteriosclerosis. If you take in vitamin C in addition to the antioxidants in the oat flakes, this prevents LDL oxidation. LDL oxidation can cause inflammation in the arteries, which narrow blood vessels and damage tissues. This increases the risk of arteriosclerosis, high blood pressure, strokes and heart attacks.

The favorable ratio between sodium and potassium in oats also has a beneficial effect on blood pressure. The avenanthramides contained in oats also have a positive effect. These are antioxidants that increase the production of nitric oxides in the blood, which also lowers blood pressure. In addition, the cytokines, which are also found in oats, regulate cell growth. These also prevent arteriosclerosis by preventing inflammation in the blood vessels.

The high fiber and protein content ensure a long-lasting feeling of satiety, which is also supported by the stable blood sugar level. In addition, the proteins promote muscle growth and stimulate the metabolism. Furthermore, the fiber improves the intestinal flora by feeding the “good” intestinal bacteria, which help the intestine to absorb nutrients better, which in addition to the stable insulin level also reduces food cravings.

5. Oats are good for the skin and hair (biotin)

Oats also contain biotin, also known as vitamin B7 or vitamin H. This nutrient is not only involved in protein, carbohydrate and fat metabolism, but can also contribute to healthier skin and shiny hair. The effect on more stable nails, however, has not been conclusively proven.

In addition to avenanthramides, oatmeal contains other valuable trace elements and nutrients, such as vitamins B1, B2, B6, E and K and minerals iron, potassium, calcium, copper, phosphorus, manganese, magnesium, selenium and zinc. These are essential micronutrients that support the body in important functions. In addition, manganese, zinc, copper and small amounts of selenium are used by the body to form antioxidant enzymes that protect the cells from free radicals and thus protect them from aging processes.
Oats are extremely diverse and simply delicious in the form of oat flakes

Last but not least, oat flakes in particular can be used in countless variations and are simply delicious. So everyone can really find a variant that they like. Regardless of whether…

sweet or savory,
as a cold or hot dish
vegan, vegetarian or even gluten-free
as breakfast, snack or main course
in muesli, porridge, biscuits, cakes or baked bread
with cow, soy or almond milk
with vegetables or fruits

If you pay attention to high-quality and healthy food in the composition, there are hardly any limits to your imagination. Since oatmeal also makes you full quickly and for a long time, you don’t have to worry about the calories and can enjoy them without hesitation.

Oats: a contender for the ProLon® Superfoods Hall of Fame?

Rich in nutrients and antioxidants, low in carbohydrates and at the same time an easily digestible satiety maker. These are the properties that make oats not only a superfood, but also a perfect candidate for the Hall of Fame for ProLon® ingredients.

ProLon gives you reset in just 5 days by providing the benefits of fasting without having to skip a meal!

HAVE YOU PROLON?- THE FIRST CLINICALLY PROVEN FASTING PROGRAM 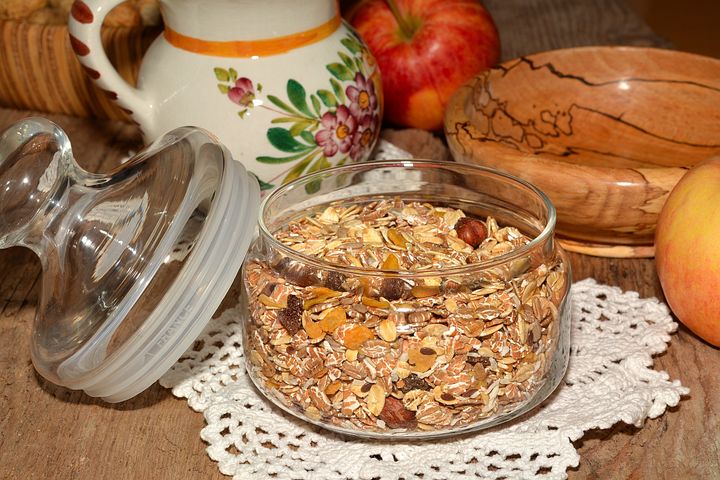 The sirtfood diet & sirtuin foods : 7 Healthy Facts You Should Know

Are Temple Spa products any good? An affortable luxury health treatment with a Mediterranean heartbeat 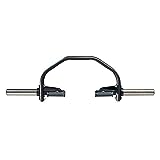