Popular Philips Ambilight TVs such as the Philips 65OLED903 / 12 use a lighting effect that gives the audience the feeling that the TV picture is being extended to the back wall and radiating into the room. This immersive picture experience is called ambilight effect. The Philips TVs analyze the colors of the TV picture and pass this information synchronously to integrated LEDs on the back.

With a few detours, this ambilight effect can also be applied to other TVs. There are basically two options:

Philips Hue Extension – Sync Box: Most comfortable is the interaction of the scenes on the TV screen and the subsequent attached LED strip in conjunction with the Philips Hue Sync Box. Supplied signals via TV stick or console are synchronized with light sources and provide a surround entertainment experience. Although the purchase of an HDMI sync box is somewhat expensive at about 240 euros (as of 11/2019), it works reliably and does not involve any latencies in the coordination of the connected lights. The editorial team recommends the HDMI Sync Box as the most useful alternative to incorporate the Ambilight effect later in the television pleasure. Especially if a Philips Hue lighting system already exists – a required LightStrip or a Philips Hue Bridge are not included in the delivery.

Buy from Amazon US

DreamScreen offers total package: The Ambilight DreamScreen alternative also builds on a component that passes image information from a connected device to the LEDs. The advantage: With the HDMI component, DreamScreen also provides the required Lightstrip. Unfortunately, DreamScreen is currently not available in Germany.

Integration into existing Philips Hue lighting system: Users can also retrofit a Philips Hue LightStrip or other components using a computer without the need for an additional Sync Box. However, the operation of a laptop or computer is a detour.

BUY FROM AMAZON US

Backlight Govee with camera: The manufacturer Govee offer special lighting elements, which serve only as Ambilight alternative and are made especially for this purpose. The synchronization between subsequently mounted LED strip and the TV pictures works via a camera.

LED backlight for TV with Ambilight function to protect the eyes

DIY TV lighting with Lightberry: A worthwhile recommendation for hobbyists is the Lightberry. Technology-savvy users can make their own Ambilight from various components. The centerpiece is a Raspberry Pi as part of a do-it-yourself system.

However, users should be aware that an alternative to the permanently installed Ambilight will replace this only to 80 percent. The retrospectively installed lighting effects are not the image signal directly from the TV, but for example, supplied by a connected HDMI component or camera. If you want to experience the perfect and smooth interaction of screen display and backlight, we recommend a Philips Ambilight TV, which has already integrated the lights and dynamically changes the picture.

To use the Philips Hue Sync Box, a Philips Hue lighting system is a prerequisite. This basically involves owning the Philips Hue Bridge as an intelligent control center and White and Color Ambiance LightStrip or LED lights because the lights must be able to display all colors and color temperatures. Finally, Ambilight visually enlarges the television picture.

Price and availability of the Philips Hue Sync Box

The recommended retail price for the Play HDMI Sync Box is 249.99 euros. In the trade, it is about 10 euros cheaper available.

DreamScreen – the complete package for the perfect Ambilight alternative

Like the Philips Hue Sync Box, Dreamscreen is ready to use. Especially as a required Lightstrip for attachment to the back of the TV screen is supplied directly. This includes all components that interested parties need for an Ambilight replacement. Optional but not a condition is the use of the associated DreamScreen app (Android | iOS), which ensures a higher functionality.

The functioning of the DreamScreen HDMI Bridge is identical to the Philips Hue Sync Box: only the signals and image information from a connected HDMI device are sent to the LEDs. The TV set itself is not an output device and thus, even with the Ambilight alternative, it is not possible to tune the lights with a conventional TV program. When used with a connected console, there is no latency due to the direct connection through the HDMI bridge. DreamScreen is a stand-alone solution that does not connect to a complete smart health home system.

Price and Availability of the DreamScreen Ambilight Solution

The price of the complete package of DreamScreen  is around US $ 160 on AMAZON.

Buy from AMAZON US Users can create a specific entertainment area via the computer. Connected to a TV, this sends the image information to the attached to the TV Philips Hue LightStrip. Again, in contrast to the built-Ambilight is not the TV, the device that forwards the image information. In this case, the information comes from the laptop. If you already have an existing Philips Hue system, this may be the easiest way to incorporate the Ambilight effect in your own health home. However, the detour via the PC is more of a complicated option. A spontaneous movie night is then always connected to turn on the laptop in front of the TV.

Rightfully, manufacturer Signify has come up with a solution without this detour with the Philips Hue Sync Box.

Price and Availability of White and Color Ambiance LightStrip Plus

The RRP for the White and Color Ambiance LightStrip Plus is 79.95 Euro. In the trade, the LED strip is about 20 euros cheaper. For use as an Ambilight alternative, a Philips Hue Bridge is required, sold separately. (As of: 11/2019)

Buy From AMAZON US

The variant with Govee is characterized not only by a compulsory LightStrip, which represents the alternative to the integrated Ambilight, but also by a camera. Users can enter settings via the Govee app (Android | iOS).

If an Ambilight is not directly linked to the TV screen, image information must always be passed on to the corresponding LED strips via another component. In the case of Govee this is done via a camera. This records the TV picture and forwards the information in auto mode to the LED strip. This results in a minimal time delay in the color representation of the light strip, because the processing takes a little longer than the playback image. An integrated microphone allows synchronization of the Govee TV backlight with music. There is also compatibility with Alexa or the Google Assistant. With a purchase price of less than € 70, the Govee TV LED Strip is the most affordable way for users to upgrade their health home theater experience with Ambilight.

Price and availability of the Govee TV backlight

The Govee backlight is available in stores for around 68 euros.

Lightberry is an Ambilight alternative for real hobbyists, but is also based on an HDMI converter

For hobbyists, Lightberry offers the opportunity to assemble their own Ambilight. Special kits include the following items: A Raspberry Pi, a memory card, a power connection including an adapter and an HDMI cable, as well as an HDMI converter and an LED strip.

Whereas alternatives for the perfect Ambilight effect, such as Philips Hue Sync or DreamScreen, are immediately ready for use, interested people should plan significantly more time on Lightberry and be very technically affine. Finally, using the Lightberry option requires the composition of the components as well as the installation of the small system. To do this, for example, users must install the necessary software on the memory card and create a configuration file. But then the Ambilight also works with the help of an HDMI converter and connected devices deliver the image information to the light strip on the back of the TV.

Lightberry is recommended for people who are tech-savvy and have no fear of tinkering. For the impatient, the variants are more suitable for direct use.

Price and Availability of Lightberry

The cost of the Lightberry Ambilight alternative is based on the size and interest of the users. The required individual parts can be purchased in detail but also in practical kits. A complete set is available for about 240 euros. (As of: (11/2019)

Users should be aware of the following factors in advance.

Price comparison: Interested people should consider what price performance they expect: The system Philips Hue is only from the third generation for the Smart TV integration available and not cheap. However, the user gets a complete system, which can be easily expanded and is especially compatible with other smart health home lighting solutions and security systems. Govee, on the other hand, is designed exclusively for Ambilight use and therefore limited in its possibilities.

Installation and effectiveness: Should the Ambilight alternative be fast to install and ready to use, as in the case of Philips Hue, or are those interested interested in hobbyists and tinkerers? Lightberry requires the latter factor. Whereas Philips Hue is expensive but durable, for example Govee offers only a 12 month warranty for the low price.

Reading tips on the topics Smart TV and Light

More information and trends for the Smart health home 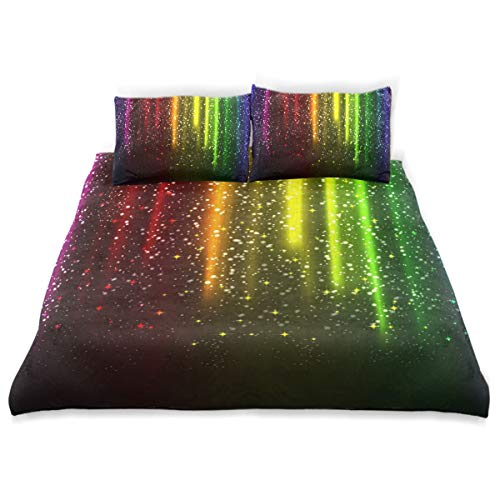 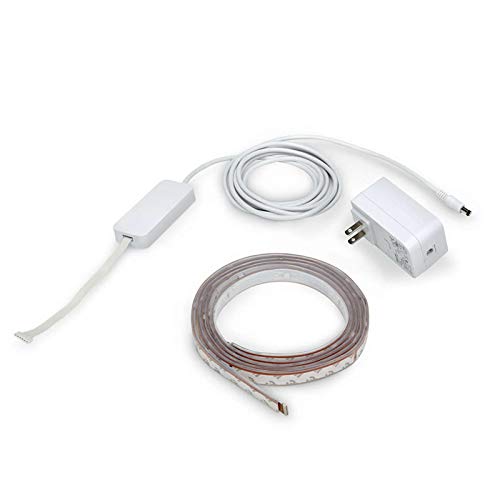 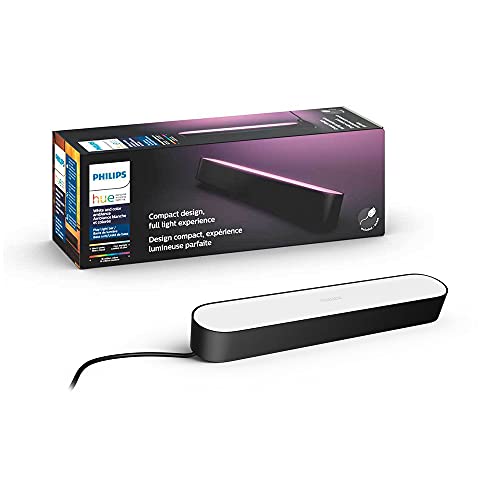 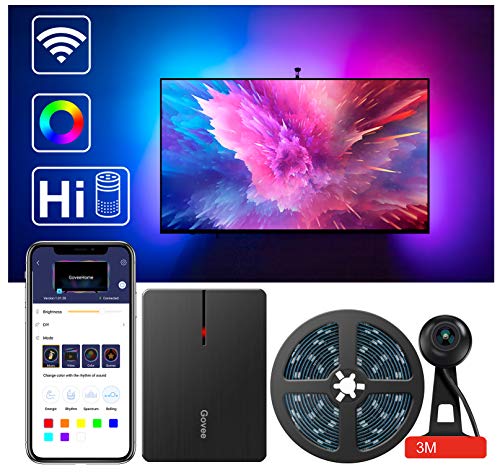 "Health Challenge": the University Hospital of Lille launches a call for projects in e-health

0 Amazfit Stratos 2 review and test: what this watch is really worth